Posted on August 13, 2012 by sugarcravingbaker

More Smores!!!! You know I may have an obsession! So this weekend I went to three bonfires so you could say that I have had my fair share of smores in the past few days. To some that may make them want to have something different than just more smores, but for me it made me just want more. So I decided to try a smores type of brownie.

A brownie base, with a layer of toasted marshmallow and then finished with a chocolate and peanut butter graham cracker topping!! Yay that’s right I said peanut butter in their. That’s one thing I didn’t have in the all of the other smores I had this weekend! I was a little skeptical about adding that but the peanut butter really made the brownies.

When I went to spread the topping over the marshmallows I found that the only way to do this was to mix together the marshmallow layer with the topping. I don’t think that it was what I was supposed to do, but for me it worked and was still very tasty (although it did turn it an odd color).

These brownies were delicious. The first night I tried them they hadn’t been chilled yet(I’m impatient) so it was a gooey mess, but that didn’t stop it from being delicious! I do have to admit though that they are much better after being chilled in the refrigerator! These brownies are great!

Click here for the recipe from Blue Eyed Bakers

Posted on August 7, 2012 by sugarcravingbaker

Maple Cinnamon Quick Bread. Yes this does smell as good as it sounds!! It has all of the great flavors of breakfast all in one slice of bread. It’s like a cinnamon roll, french toast, maple syrup all in one!! If you are like me then you love cinnamon rolls but find it much too tedious to try and make them. This is my solution!! This bread tastes like a cinnamon roll with a maple flavor to it. Without all of the kneading of the dough!!! So amazing!!!!!

Click here for the recipe from Buns in my oven

Posted on August 4, 2012 by sugarcravingbaker

I love cheesecake, but I hate making it!  I hate that you have to let it sit in the refrigerator overnight.  That means that I don’t get it enjoy it for a full 24 hours after making it.  I like to be able to eat what I make whenever I want and not be tortured knowing that it is in the refrigerator but I can’t eat it.  But sometimes I have to get over that and just make the cheesecake.  Especially when I find a recipe that sounds as good as a Candy Bar Cheesecake.  I mean how can you resist that!  Two great things baked together.

In the recipe it says that you can use any candy that you want and I choose to use milky ways ( I love twix and everything but I have never made anything with milky ways and I have already made twix blondes.  Plus I was in the mood for milky ways).

After the torturous 24 hour wait I found out that this cheesecake is just as good as it sounds.  Now it is very rich so even though seeing the name of this you would think you would eat this very quickly, you really can’t have too much at one time.

The only problem I had was that I never really know when cheesecakes are done.  Its not like you can just put a fork in it to figure out if it is done.  So I always just kind of guess.  I think I did pretty good, though it may have been a little undercooked.  But still great!

Posted on August 1, 2012 by sugarcravingbaker

My family is big on chocolate. Things with chocolate in them tend to beat out things without it. The one exception is golden Oreos. They have seemed to have beaten out the normal chocolate Oreos in our house. These things are so good and are almost always in our house. So i decided to make these golden Oreos blondes. They have this great butterscotch taste that really makes them amazing!

While I was making this I will admit that my family was very skeptical. The batter is a pretty nasty color. But as long as you get past that color, the taste is great!! 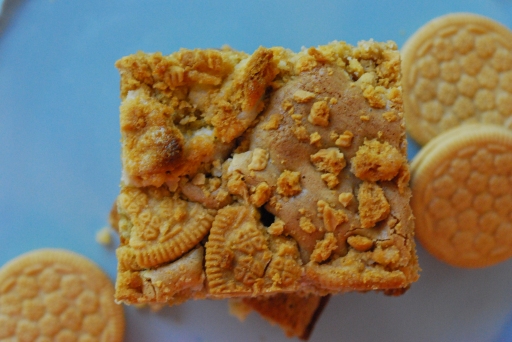 Posted on July 27, 2012 by sugarcravingbaker

After the great success of my mint chocolate chip cake, I decided that I should make another cake.  It would take a lot for this one to live up to the last one, but it was worth a shot!  So i decided to make a banana cream poke cake. I don’t really understand it but even though i hate the taste of bananas when they are by themselves, there is nothing better than a dessert with a banana flavor.  I guess the more unhealthy they are, the more I like them,

This cake was amazing!  It has a yellow cake base, then you poke holes in it and pour vanilla pudding all over it.  Then you place sliced up bananas all over the cake, and cover it with a whipped topping.  Yum!  The recipe called for a boxed cake mix, but I have really been wanting to try this cake boss recipe for vanilla cake.  I wasn’t exactly surprised but I will never try another recipe for vanilla cake in my life.  So good!

Posted on July 25, 2012 by sugarcravingbaker

So I’ve been planning to make this mint chocolate chip cake for a while now but just finally got around to it.  It seemed like it would be good but cakes always take so much time and work so i kept putting it off.  Plus the chocolate cake called for coffee making me a little hesitant ( I hate coffee).  So it didn’t seem like a big deal to put it off, I mean i would get to it at some point.   After finally making it I can now say how big a mistake it was to delay making this cake.  It is absolutely amazing!!!!  Beyond amazing actually!  This is by far the best cake I have ever tasted let alone made.  If you haven’t tried coffee in your chocolate cake, you need to now!! Even if you don’t like coffee like me.  The coffee taste goes away after being cooked, and makes it amazingly moist and chocolaty.  But even though it was the best chocolate cake I have ever made, the icing is what really made this cake!  I could literally just live off this icing.  It is so good!!!!  So I urge you to make this cake!   You will regret it if you don’t.  You don’t know a truly great tasting cake until you try this.  And if you don’t want to go through making a full cake, just make the icing! 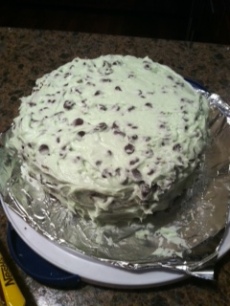 Posted on June 14, 2012 by sugarcravingbaker

One thing that really says summer to me is having a nice bonfire and making smores! Now that school is over and summer has officially started, its time for my favorite snack.  Smores are one of the greatest things out there.  Everything about them is amazing.  So the other day I started looking around for some smores recipes to really kick off the summer.  As much as I love the actual experience of making smores over a nice bonfire, you can’t always do that, so I wanted to get my smores fix without the hassle of making a fire. Then I found this great smores pie at Very Best Baking.  It’s delicious and since it is a no bake pie it is a very quick and simple thing to make. 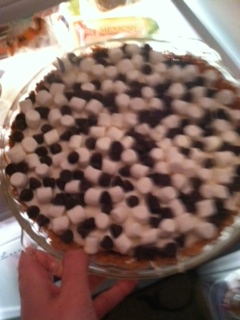 Click here for the recipe from Very Best Baking

I know I have been horribly neglecting this blog for a long time now. Life has just gotten so busy that it has been impossible to keep up with making posts. I have barely been able to bake lately. But school is over and summer is officially here so I now have a lot more time to devote to baking! The past few months I have really started to enjoy making blondies or cookie bars. They are so quick and easy to make that they really work with my recent schedule. This next recipe is no different. M and M bars, they are so simple to make and yet so good. Not only does it take almost no time to make them, but they are so good that they will be gone in almost no time as well. At least that’s how it was in my house.

Click here for the recipe from Fantastic Family Favorites

Posted on May 3, 2012 by sugarcravingbaker

Now I know that I have already posted something that is lemon poppy-seed, but o well.  Lemon poppy-seed is one of the greatest flavors of baked good!! So I had a craving for something with this flavor and went on a big search for it on pinterest (Have I mentioned my HUGE obsession with pinterest before).  There were so many recipes for a lemon poppy-seed pound cake, so I just choose one at random.  Well luck was obviously on my side because this recipe was so good!!!  The pound cake only lasted one night at my house it was such a hit.  Click here for recipe!  You have been warned this pound cake is so good that just a little slice is not enough, you will probably eat the whole thing in one night! 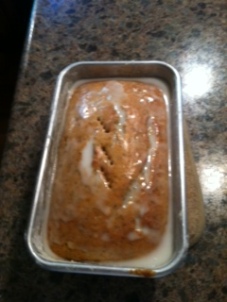 Posted on April 24, 2012 by sugarcravingbaker

I know it’s been a while since I posted something it has just been a couple of really busy weeks.  I got a new job and am trying to make my final decision on college (the decision needs to be made by next week yikes!!), so I haven’t had much time to bake.  But last weekend was my dad’s birthday so of course I made time to attempt to make a pretty cake.  I went to the store all ready to buy some fondant to decorate it with, when I found the greatest thing.  Sugar Sheets!!!  They are like edible paper that you can punch out designs with and then stick it on the cake.  The best part – no gross fondant is needed, you just stick it on the frosting.  I really don’t like the consistency of fondant on a cake so these were the perfect solution.